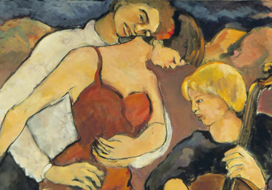 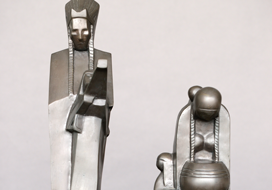 In 1976, my buddy, Ralph De Vito (a screen writer/director), was approached by some investors to produce a low-budget mob drama film he had written, “Death Collector”.

It was Ralph’s first effort as a director. The film was about a neighborhood kid who goes to work for the mafia as a debt-collector. Local guys were cast, amongst them Joe Pesci and Frank Vincent (Joe and Frank’s first appearance in a movie).

After seeing Pesci and Vincent in “Death Collector”, Martin Scorsese cast both of them in “Raging Bull.”

At that time, tax-free municipal bonds were primarily being purchased by high net-income individuals. We saw the opportunity to market to the general public by showing the value-added income of the tax-free bonds versus the US Savings Bond.

Our concept was to shoot and handle the placement of the commercials on speculation, and then after establishing a base line, share with the bond firms a percentage of the ‘incremental’ profit created by our media buy.

We shot some amazing commercials, and were the first to use the tag line “It’s not what you earn, it’s what you get to keep after taxes”. We came very close, but never did close the deal with an industry that had never marketed on TV.

At the beginning of 1980, my oldest and dearest of buddies, Michael (Mickey) Saiber, Ralph, and I came together to produce “Anna”, a wonderful film about the emotional stress of getting old.

We cast the well-known singer and actress, Lillian Roth, as the lead. (Susan Hayward played Lillian in her autobiography “I’ll cry tomorrow”.) Once again, Joe Pesci was cast in a major role as Anna’s son.

After completing 6 weeks of shooting, we took a short break in the action. It was during this time that Lillian had an untimely health crisis and died from a stroke at the early age of 69. As our title character, we could not complete the film without Lillian. Fortunately for Ralph, Mickey, and myself, production insurance covered our costs, and our entire investment was recovered.

From the time I was a kid, I was drawn to racehorses, especially to the beauty and elegance of the thoroughbred.

During the late 60’s, Tom Calello (one of my dearest and lifelong friends) and I would often go to Monmouth Park to watch the thoroughbred races.

Our routine was to go for dinner after the races at a local restaurant by the ocean, often frequented by trainers and jockeys.

On one of these occasions, we struck up a conversation with a trainer at the track and together bought my first horse… thus began my experience with owning and racing these magnificent creatures.

Oct 27, 1967 – I won my first race with “Court Agent” at Laurel, MD, with Joe Culmone aboard. Nothing was more exciting for me than to watch one of my horses come from behind to win the race.

On one occasion, “Big Rock Candy” – as a 30-1 long shot – was entered into a 100K-stake race at Aqueduct. As we were coming into the stretch, “The Rock” was 25 lengths back… and then he moved into 1st gear… we lost the race, coming in 2nd to Tom Rolfe by a nose; but to this day I can remember the thrill!

“Pappa’s Best” was my final winner, coming just three years later at Monmouth Park, with Joe Culmone once more aboard.

It all began in 1924. Anna and Joseph Brenner borrowed $2500 from their sisters and brothers, and rented a storefront on Plane Street in Newark, NJ… Brenner Desk was born.

They bought used roll top desks, refinished them, and the company grew. By 1940, they had bought the original storefront and every other one on the block. In 1959, my father signed an exclusive deal with Herman Miller – one of the finest manufacturers and leaders in research and design – to launch a decorative design approach to interiors.

At 18-years-old, I was married and we had a daughter. After a year of the successful selling of baby pictures door-to-door for Americana Photos, I entered the family business with my father and brother, Edward, who was now working there as well.

I was given the opportunity to learn all aspects of the business, but it quickly became apparent that sales, marketing, and deal-making suited me best.

In 1975, commercial real estate brokers needed fast-track programming, space planning, and construction estimating prior to their clients signing leases… I seized the opportunity with my brother and created Brenner Business Interiors, which was to become the largest and most successful furniture dealership with an in-house architectural design firm, doing 40 million dollars in furniture sales and over 3 million in design.

Edward and I sold Brenner Business Interiors in 1983 to Ira Rennert/Renco Holdings. I ran the company for Rennert for 10 years, and then resigned so that I could be with my boys and their mother in Santa Fe, NM. It was then that I formed Robert S Brenner Co., marking my transition as an independent furniture consultant to the industry. 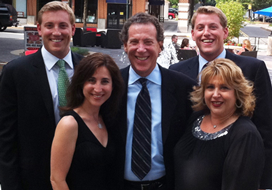 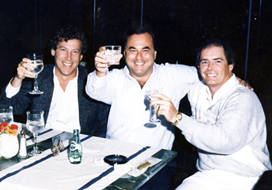